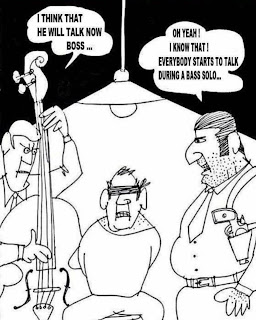 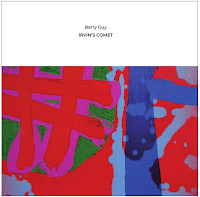 Recorded on the 29th October, 2019 during the „Improdimensija” (Improdimension) concert series in Vilnius, Lithuania, the British bassist demonstrates his incredible skills and musical vision (again). Since "Statements V-XI For Double Bass & Violone", his first solo bass album from 1977, and "Fizzles" of 1993, this is only his third full solo bass album, acknowledging that some other albums contain lengthy solo pieces.

The musical emotions vary between intimacy and gut-wrenching emotions, with the underlying technique ranging from traditional plucking to the not so traditional use of his bow and the unauthorized use of his strings. The music is fascinating and quirky, as you may expect. A more in-depth review by Martin Schray can be found here. 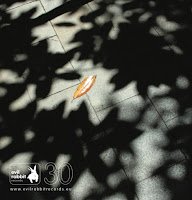 This is the first solo bass album by German Meinrad Kneer on his own label. In thirteen pieces he offers us a demonstration of high intensity playing as well as disciplined excursions into integration multiple techniques of attack (plucking, bowing, hitting at the same time). Without being programmatic, Kneer gives a wonderful overview of the possibilities of the language(s) of his instrument, telling short stories with their own development, different moods and resolutions. 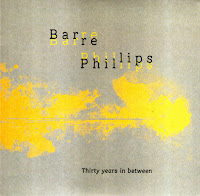 We get this wonderful treat from Les Disques Victo, the label behind the music festival of Victoriaville in Canada. They offer us two performances by Barre Phillips with a time lapse of thirty years at the same festival. The first CD was recorded in May 2019, the second CD is a re-issue of "Camouflage" originally released in 1990 and presenting a solo performance by Phillips in 1989.
The sound quality is good for both albums, and with a blind test I think it would be very difficult to assess which of the two CDs is actually the earliest or the latest. The bassists skills, his sense of musical freedom, his discipline for focused improvisations clearly have been there from the start.
Solo bass fanatics should not miss this, and they will rejoice that the earlier material has become available again. 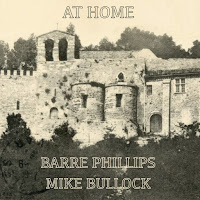 Despite its title, the album is recorded at Chapelle Ste. Philomène, the local chapel of a mountain village in France where Barre Phillips lives. Phillips and Bullock both play on the same bass, each performing three solo improvisations.
It is a wonderful and intimate document, almost completely performed with arco. The bass resonates strongly in the old chapel, and even if the sound quality is not always excellent, the music is. 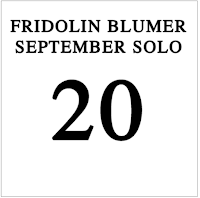 German bass player Fridolin Blumer records a solo bass album once a year. This year it was in September. He presents us with 16 miniatures, short pieces, all played pizzi, and each piece has its own character and angle of approach, some are gentle rhythmic pieces, other more angular and headstrong.
Worth checking out. 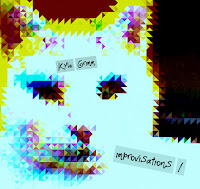 Kyle Grimm is a composer and bass player interested in the impact of technology on sound. "His music often involves The incorporation of technology with acoustic instruments in an attempt to strike a balance between the gritty and beautiful, through juxtaposition, layering, and synthesis", and it is not different here. It starts with acoustic bass, but then the sounds are electronically altered, repeated, and layered.
Die-hard fans for acoustic bass performances may frown at this music, but I still invite them to give it a try. 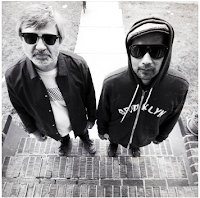 This is the third release by Pavogüchi, a double bass duo ensemble, whose name is the contraction of its two members, Matt Pavolka and Masa Kamaguchi. The express their own surprise that "a drunken bass duo would have such staying power".
The duo line-up obviously offers more possibilities for creating a fuller sound, with one instrument acting as the foundation or backbone for the other musician to improvise on.
It is interesting and entertaining at time, but somehow they do not manage to create a real meaningful addition to double double bass history.
Listen and download from Bandcamp. 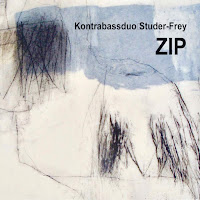 Then Peter Frey and Daniel Studer are artists of a different nature. All the tracks have imaginary types of teeth ("Curved Teeth", "Triangular Teeth", "Saggitate Teeth", "Semicircular Teeth", "Lustre Teeth", "Shape Teeth", "Trajectory Teeth"), and they co-create and co-explore many types of sonic interactions, with lots of silence and timbral suprises, with physical intensity and sonic bursts creating a pointillist canvas.

The performance was recorded live at the Kronen Galerie Zürich in April 2019. It is their sixth album together, spanning 15 years of collaboration ... talking about "staying power". All their albums start with a "Z" in the title, possibly because they are Zürich-based. 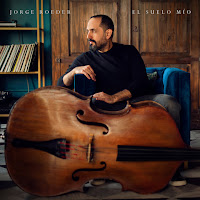 Peruvian bassist Jorge Roeder falls not really into the avant-garde of many of the other albums reviewed here, but his mastership of his instrument is strong, his tone warm and gentle. His selection of music is without any risk, including standards such as "I'll Remember April" and "Lonely Woman", but his renditions are refined.

Takashi Sugawa - Looking Back From This Naked (Self, 2020) 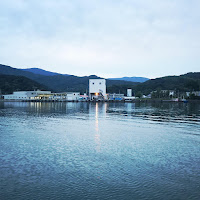 Japanese bassist Takashi Sugawa gives us four improvised pieces, for not even fourteen minutes in total.
They were recorded in October 2019 for an exhibition of photos from the 50s and 60s by Taro Okamoto. The music is designed to expand the visitors' experience while watching the photos without too much interference.

Despite its almost self-effacing intention, the four pieces are worth listening to. They are calm, precise, intimate. 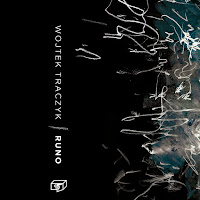 Wojtek Traczyk's album by contrast is raw, fully bowed, usually with double or triple stops, harsh in tone at times, violent even, harsh often: not the kind of music that will work as a quiet background to a picture exhibition. I am not sure how he creates the sounds you hear, but sometimes you think more than one or even more than two basses are at work. Traczyk delves deep into the possibilities of his instrument, creating long howls and laments. 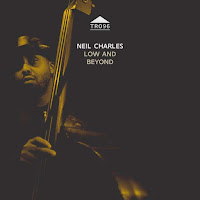 Neil Charles is possibly best known for his performances and recordings with Alexander Hawkins. As can be expected from a mainstay of the London Cafe Oto environment, his music is closer to free improvisation than jazz, although he finds an interesting place in between the comfort of warm-toned welcoming pieces with moments more focused on timbral explorations. 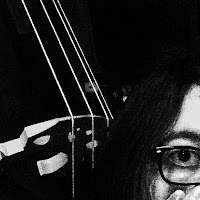 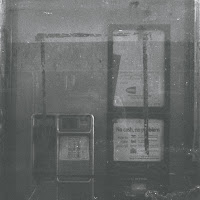 Matt Andrews has been releasing solo bass albums all through the year. They are all available on Bandcamp. Some are bass only, some are accompanied with added synth, effects and electronics.

We select for illustration purposes "For Henry Grimes", an 18 minute long piece on pizzi and arco, a tribute to the recently deceased giant of free jazz bass, and a recording made in May of this year, consisting of six lengthy pieces. His playing is fully improvised, with sometimes too frequent changes of ideas and mood, and an insufficiently clear character or concept for each piece.