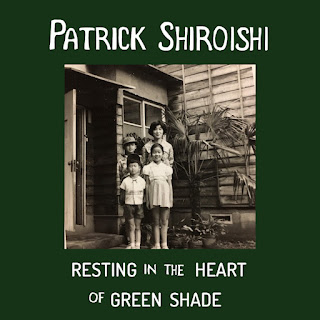 The cover, a black-and-white photograph of three children with a young woman, “my mother with her brothers and mother” the liner notes read, a caption that, absent any historical context, sounds blessedly serene, as evocative as its title, Resting In the Heart of Green Shade. It’s an invitation to a search party, a solo excursion to literally “The Very Heart of Things,” the closing 10-minute track on one of multi-instrumentalist Patrick Shiroishi’s many albums released in 2020–2021. To try and parse the 10+ hours of recorded music he produced, I focused on a dozen of releases, a combination of solo, duo, trio, and quartet albums. One way to approach Shiroishi is to think of him like Peter Brötzmann, a player with so much to say, whose art actively engages with the world, and who forms deep connections through improvisation. It’s impossible to rate each album individually, each listener will come to this music on their own, finding in it what they’re looking for, be it rigorously free-form improvisation, folky introspection, or radical thrash skronk. 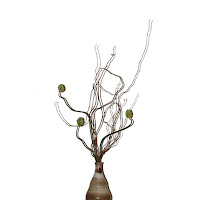 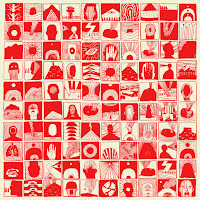 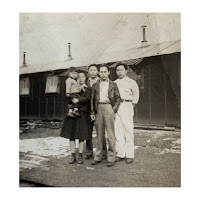 On solo albums like Descension and i shouldn’t have to worry when my parents go outside, Shiroishi dives into the history of Japanese American internment and comes up for air to witness violence against elder Asian-Americans, the same ones who endured the pain of WWII-era racism. It’s vicious, not a circle but a continuum. Descension plays like an abstract, avant-garde history lesson, laying bare the crystalline harshness of internment’s legacy. “Grandchildren of the Camps” is both a story about those who are grandchildren of camps like Tule Lake, Poston, Gila River, Manzanar, and Heart Mountain, and it’s also an invitation to consider the grandchildren to-come of the U.S. family-separation policies. On the cover of Shiroishi and drummer Dylan Fujioka’s No​-​No / のの Fujioka’s grandparents appear in a photo that would, in any other context, be a simple family photo, except this one was taken at Tule Lake. Context is everything, and Shiroishi and Fujioka title their opener “salt the earth behind you” to leave no room for questions or misinterpretation. 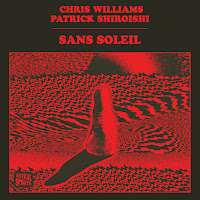 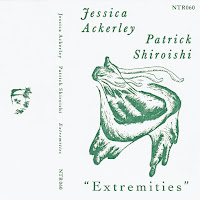 In additional duo contexts, one with brass player Chris Ryan Williams and another with guitarist Jessica Ackerley, Shiroishi is paired with artists as dramatically experimental as he can be. Sans-Soleil extends beyond winds to include synth, glockenspiel, electric toothbrush, and unnamed objects. Comparatively, Extremities takes, in some ways, the opposite approach: Ackerley and Shiroishi stick to guitar and sax, respectively, but they play their instruments at all edges. Ackerley has a somewhat angular harmonic approach to the guitar, which provides a wonderful framework for their improvisations. This was the first meeting between the two, and the album hints at a strong foundation for future recordings. Sans-Soleil is similarly the first recorded session of another promising duo: Williams is new to me, and he has a broad creative vocabulary. His portfolio includes interdisciplinary projects, and as performances begin again, one hopes Shiroishi and Williams will find opportunities to further build on this fantastic meeting. 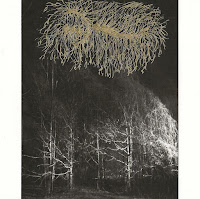 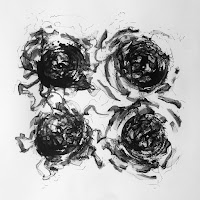 Earlier this year, Shiroishi recorded with guitarist Tashi Dorji and drummer Thom Nguyen (who also record as the duo Manas) as trio 𝔜𝔒𝔈, on which Shiroishi plays guitar instead of sax. There’s a woody, naturalist black metal vibe to the EP-length release To Exist Among Wolves, a single track that extends to twenty minutes. It’s a radically different vibe from their quartet We Bow To No Masters, with Fujioka joining Nguyen on drums and Shiroishi back on saxophone. The album’s all teeth and howling, less idle thrashing than directed jabs. Like Shiroishi and Fujioka’s duo, We Bow To No Masters meets the moment head-on, confronting listeners and fans, as well as the institutions structured against the artists. Take song titles like “nos quieren obligar a gobernar, no vamos a caer en esa provocación” and “is it guilt written across our face, or is it our face for which we are guilty?” With their steady builds and crackling drums are explosive improvisations, the group packs dozens of ideas into each track. 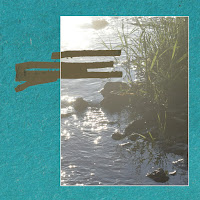 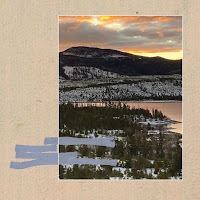 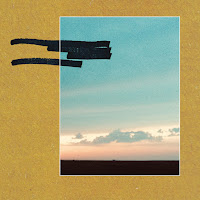 In terms of assessing Shiroishi’s dynamism, there are traces of his lovely phrasing throughout all the above. And one of his recent groups leans heavily on that side of his playing, bringing his clever melodicism to the fore. In a quartet with violinist Chris Jusell, Chaz Prymek on bass, guitar, synthesizer, and clarinet, Matthew Sage on keyboards and percussion, and both Prymek and Sage on field recordings, Shiroishi adds winds, samples, vocals, glockenspiel, and even whistling. So far, they’ve released three albums, Fuubutsushi (風物詩), Setsubun (節分), and Yamawarau (山笑う). Jusell’s violin gives the group a strong voice, dovetailing with Prymek’s bass, while Shiroishi and Sage provide a spacious counterweight. The titles suggest seasonal aspects to each album, and both the timing and distance of the recordings (Shiroishi in LA, the others in Chicago) shade each one slightly differently. They are undoubtedly beautiful albums, a triptych of emotions and reflections. In the end, these are less documents of the past year of isolation and contemplation and more of a rich exchange of ideas. Tracing a line from Yamawarau (山笑う) back to the earliest recording here, Descension, one begins to get the shape Shiroishi’s musical identity, his shapeshifting saxophone language takes rapid, quick-take leaps and strings together gently caterwauling cries, alternately pleading and driving, urging us to listen and to hear.

All albums available via Bandcamp: