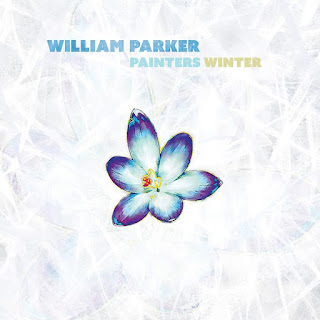 Some years ago, I sat with a former student discussing jazz. I won’t mention his name since I have not asked permission, but James Graham paints the kind of thing that might appeal to someone who likes avant garde jazz. James suggested I listen to William Parker. I did. Parker was, more than anyone else, the catalyst for my interest in the far edge of jazz.

Two wonderful recordings stand out in memory. Matthew Shipp’s Pastoral Composure, and Parker’s trio album Painter’s Spring. Similar covers. Parker on both. They both occupy that sweet spot in avant garde jazz where narrative is never dispensed with but is no longer in command. Instead, it is the emotional weight and wavelength of distinct sections of music that is the substance of the composition.

Painter’s Spring (2000) features Hamid Drake on drums and Daniel Carter on alto and tenor sax, clarinet, and flute. Listening to it again, I immediately recalled the impact it had all these years ago. It reminds me of the Steve Lacy trio, except more visceral than abstract and with a much more energetic pace. It’s the sort of thing that will convince you that you like that sort of thing.

Painter’s Winter struck me as an almost ominous title, given its appearance two decades after the former. Not to fear. Parker says this on the liner notes: “Painters love the winter. They hunker down and begin masterpieces.” The trio reunites for five Parker compositions. Groove 77 is a twelve-minute meditation on themes that will sound familiar to anyone who loves O’Neal’s Porch. The title cut is most interesting for the dialogue between Parker on Trombonium and Carter on flute.

The last three numbers are a showcase for Parker’s awesome compositional genius. Happiness features a steady buildup of intense and beautiful passion. The acoustic space created by Drake is occupied but never crowded now by the horn, now by Parker exploiting pretty much everything a bass usually does. Painted Scarf is a wonderful duet between Carter and Parker on the shakuhachi, a Japanese bamboo instrument. The two weave on top of a deft shading by Drake. The colors and lines explored in the first four compositions are all on brilliant display in the final cut, 'A Curley Russel.' You do not want to miss Parker’s solo or the way that all three instruments splash lavish colors around 8:35, and that only a little more than halfway through the song. I say put this one on your wall.

William Parker is as generous as he is prolific. You can find hours of live performances on YouTube. Check out this one, “ Painter’s Autumn ,” which includes Parker, Carter, and Drake plus pianist Cooper Moore. 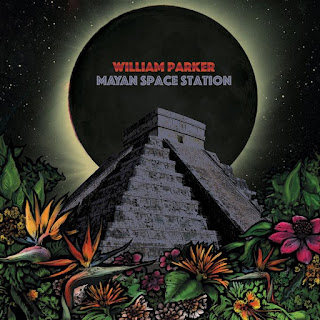 A very different trio awaits you when you board the Mayan Space Station, an extra-terrestrial vehicle powered largely by Ava Mendoza’s fusion guitar work. The guitar dominates the audio space throughout the recording; at times, perhaps, overpowering it. I read somewhere that this is Parker’s first trio with an electric guitar. It is a sign of his confidence in his own compositional powers that he chooses against integrating the spirt of that instrument with his bass and Cleaver’s drums. The latter, amplified or not, are still vehicles for natural acoustic texturesthe slap of the bass strings against the wood, the rattle and click of the percussion. Mendoza’s guitar, meanwhile, manipulates raw lightning, giving us a sound that is fluorescent and powerful enough to leave a trace of ozone in the air. If the sound of bass and drums is vivid, the guitar has this oddly remote effect, as if she were playing in a studio next door. How much you will like the album depends on how this contrast mixes for you.

I confess that I was a little skeptical as first listen. In the initial track 'Tabasco' the guitar still seems to me to be a bit too dominant. Perhaps it was only me getting in tune with the trio’s intention, but I warmed to the music more with each listen. In the second track 'Rocas Rojas' the interplay between the acoustic and electric spirits becomes richer and more compelling.

The third track 'Domingo' is my favorite. Parker walks his bass along while Mendoza works in large, smeary sound behind him. The composer likes to talk about “painting with sound.” This song reminds me of one of those Fred Gutzeit paints, where a set of bold, colorful lines seem to be painting on a sheet of glass that was then laid down on the almost finished canvas.

Cleaver takes command in the title track, rapidly weaving percussive canvases for the other two to paint on. This, and the final two compositions, are about twice as long as the previous three. One these, Mendoza produces a set of new patterns, from bell-like reports to rapidly spinning ray-gun blasts. In this half of the album, space is more explicitly the place.

You can listen to the trio here

And you can see them here: