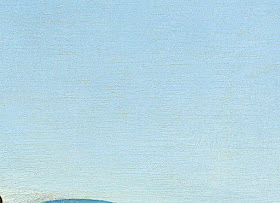 
Barbara Monk Feldman is a contemporary Canadian composer (b. 1950s, Québec) of mostly delicate and minimalist, chamber and piano works. She studied with Morton Feldman, to whom she was later married. Verses is a collection of five chamber works from Monk Feldman written between 1988 and 1997 and performed by the contemporary British GBSR Duo - percussionist George Barton and pianist Siwan Rhys, with Apartment House’s violinist Mira Benjamin on one work. Verses is the second album of GBSR Duo for Another Timbre, following last year’s Oliver Leith: Good Day Good Day Bad Day Bad Day.

The GBSR Duo is a devotee of Monk Feldman's work and was fascinated by her austere, quiet and poetic compositions as well as her extraordinary level of sensitivity to subtle color, “the most intangible aspect of the music”, as Monk Feldman describes it. The duo describes Monk Feldman's music as having a meditative, unassuming quality, “but it is also hinted at a kind of heroic internal quest: always quieter, always purer, always less affected, as if stripping away the layers of the sounds themselves”. Monk Feldman herself has written in the past that “decay in the piano and vibraphone brings them closer to the background ‘wall’ of silence…. Sound and silence become attached to each other, not unlike sculptural figures attached to a wall”. A close description to the one of Morton Feldman who once highlighted how music slips away from us even as we are hearing it: “this departing landscape”.

In an interview with Rhys and Barton, Monk Feldman says that she thinks about the relationship of sound and silence as “about an inside and an outside for art itself, and how ephemeral that is. For example, an unexpected moment in the sculpture of Giacometti, where it’s as though you suddenly have a brief glimpse into infinity. Or where in Cézanne you have an equally unpredictable experience in a fleeting recognition of something transient in the landscape. These moments are like a kind of recognition – and ironically, they include something that seems to come to us from the inside”.

The five works radiate Monk Feldman’s “sense of the musical imagery hovering in one place, as it were, attended by a fluidity in the slow transitioning of the harmonic color”. GBSR Duo’s performance captures beautifully this kind of elusive sense of imagery. Rhys’ piano melts gently into the resonant, floating sounds of Barton’s vibes and vice versa. Their performance has a subtle, venerable intimacy, constantly flirts with silence and flows naturally with meditative and almost transparent ripples. The two extended pieces - “The I and Thou” (1988) for solo piano and “The Northern Shore” (1997), after the Gaspé peninsula in eastern Québec where the St. Lawrence river meets the Atlantic ocean, a place that Monk Feldman visits every summer, for the GBSR Duo with violinist Benjamin - demonstrate best the inspiring, poetic qualities of Monk Feldman.

GBSR Duo’s performance of Monk Feldman’s music offers a rare sense of quiet, healing catharsis, music that stretches into timeless distances. It gently molds a profound but unpretentious spiritual listening experience, with highly nuanced colors and a remarkable balance between sound, silence and space. Monk Feldman herself, when answering Rhys and Barton asked her if it is possible to write a musical version of haiku or haibun (haiku and prose), suggested her own haiku: