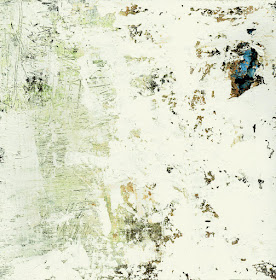 This apparently self-released recording on Bandcamp brings together Brazilians Vinicius Mendes on sax (seemingly alto, though the liner notes do not specify) and flute, Alex Dias on bass, Gabriel Bruce on drums, and Victor Vieira-Branco on vibraphone. The “two cities” of the title are São Paulo, home to Dias and Vieira-Branco, and Belo Horizonte, home to Mendes and Bruce. The product of a four-hour session when the four happened to be in the latter city in mid-2019, the music’s drive suggests the vitality and diversity of contemporary Brazilian jazz. The liner notes describe the scenes in the duas cidades as “very different,” but these musicians come together nicely in a set of tunes based on ideas that each brought into the studio.

“The Dark of Your Embrace” (in two parts) opens the record with some eerie vibraphone soon joined by the rhythm section. Through numerous changes in tempo that keep things unpredictable, Bruce holds together the tension within the group and rounds out the track with a solo. The pace picks up with the interlocking sax and vibraphone of “Guarda Vermelha,” which are propelled by rapid walking bass. Dias also contributes a dizzying solo, and Mendes’s sax alternately shrieks and sings amid Vieiera-Branco’s showers of echoing notes.

After these fairly challenging tracks, the mood changes with “Dias Gentis,” which lives up to its title with a gentler pace and airy melody on the flute and (on the assumption that the title also puns on the bass player’s name) a pleasantly bubbly bassline. Maintaining the somewhat traditional feel, “Miniatura IV” swings in a manner slightly reminiscent of “Bags’ Groove,” with Mendes’s restatements of the theme gradually moving from bop to freer phrasing.

“If I Told Him” again slows the pace as the musicians navigate a ghostly space beyond time signatures, with long sax phrases intertwining with tentative bass amid washes of cymbals and vibes. Similarly experimental, but more snappy, the closing number, “Notas Teleguiadas,” begins with another boppish theme that quickly resolves into a pool of sound from which rattles of drums, tendrils of sax, and some bowed bass emerge before coalescing into the theme again at the end.

Perhaps because of the somewhat uncommon line-up, the playing of Vieiera-Branco in some respects dominates the sound, often blending with Bruce’s cymbals. This is not to discount the contributions of the others, for all four clearly established a good rapport even if the group came together spontaneously, and Mendes is credited with composing more than half of the tracks. Notably, Vieiera-Branco and Dias also have a release as a duo, Três Peças (2019; https://temperphantom.bandcamp.com/album/tr-s-pe-as), recorded at about the same time as this session, that makes for a bit more challenging listen but is worth the effort.

Duascidades has a live feel, with the musicians’ exclamations and grunts occasionally audible in the background. The fact that a four-hour session yielded this much interesting music speaks to their mastery of their craft and knack for improvisation. Notably, there is nothing particularly “Brazilian” about this recording; these adventurous tunes are close in spirit to the kinds of sounds heard on recent releases from Porta Jazz, or Intakt or Relative Impact, for that matter. It seems that there is some compelling free jazz currently being made in the land of bossa nova and samba.