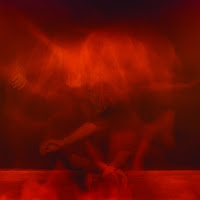 By Stef Gijssels
There is no doubt that jazz is very much alive and vibrant, and that new talent keeps bringing new ideas to music. One of the upcoming artists is Polish pianist Marta Warelis, who after graduating with honours in her home country moved to the Netherlands, where she is now fully part of the forward-looking music scene in Amsterdam.
This year, she appeared on "Turqoise Dream" (2021) with Helena Espvall, Marcelo Dos Reis and Carlos Zingaro, last year on "Omawi" (2020) with Alistair Payne and Ingebrigt Håker Flaten. Other noteworthy albums include "Piano Trialogues" (2019), on which  Nicola L. Hein, on prepared guitar, and Etienne Nillesen, on extended snare drum, are accompanied on the three tracks by three different pianists: Magda Mayas, Eve Risser, and Marta Warelis. Last year, she also released "Microclimates" with the Hupata! ensemble, which further consists of Ada Rave on sax and Yung-Tuan Ku on percussion. The fact that she was asked to join Dave Douglas "Secular Psalms" tour in Europe this month says enough about how much she is in demand.
On this album, she is in the company of saxophonist John Dikeman, who no longer needs any introduction, and who also has been residing in Amsterdam for many years; his fellow countryman Frank Rosaly is on drums and Canadian Aaron Lumley on bass.
On "Sunday At The Ruimte", they bring us four improvised pieces, all four of exceptional quality, and all four musicians are also in great shape. The sound is a real collective co-creation of free improvisation: nervous, agitated, sharp, precise, hurried, yet expansive. There is some urgency to tell the story, creating strong ensemble dynamics, and intense interactions, yet they also take their time to give space and listen.

Like Warelis, Dikeman is a musician with strong character, alternating lyrical phrases with moments of relentless insistency in a more parlando style, creating a sense of expansion and contraction, of departure and recentering on the music's core. In fact, he is magnificent on this album, getting better with the years, as we already noted with "Goes Without Saying, But It's Got To Be Said", released earlier this year. His sound is deep, warm and emotional, even in the more exploratory moments.

Rosaly thrives in this environment too. His crisp and inventive playing is a real addition to the overall sound, making me think even that he's more European than American in his approach. Check also the excellent "Sude Des Alpes" by the Rempis Percussion Quartet, released earlier this year or "The Strobe Sessions", his duo with Dave Rempis. Of Aaron Lumley I only knew his solo bass cassette "Katabasis/Anabasis" from 2016. His playing is solid and captivating, as in the long solo he gives on the second piece.

Despite the obvious freedom of the music, there is a post-boppish feel, a Coltrane-ish sense of musical space, lyricism and expansiveness, and the fact that all four musicians manage to weave mini-repetitive patterns into their improvisations results in a hypnotic feel.

The sound quality is not optimal, possibly because it was recorded live - at the Doek Festival in August 2020 - you can hear children shout on several tracks, but unfortunately there is no further interaction with the audience to be heard.

In any case, it's pure musical joy from beginning to end.