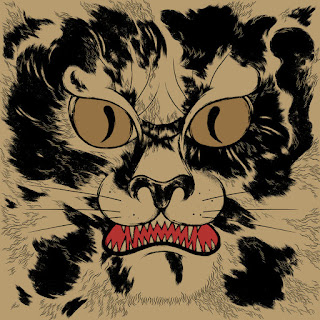 I must admit that is hard to be objective when it comes to Akira Sakata. The Japanese reedist manages to channel, through his music, two different (or not so much) pathways to personal expression. First he is a partaker of the ritualistic nature that a lot of music from Japan incorporate. The minimalist road he follows in his playing seems to me to come directly from the centuries old tradition of Japanese theatre, prose and dance music. He was a way of being so colorful with so little means. A saxophone, sometimes the clarinet, even just his voice.

Second, he is one of the last of the first two waves of Japanese free jazz and improvisation. One of the last who still struggles to create and give meaning to a music whose energy flow, collective thinking and personal pathos made her fit so easily in the rapidly changing Japanese society of the 1960’s and 70’s.

But, as always, the thing is to keep your feet on the present. And, as we already knew from several past releases, Sakata has found a partner in crime, a comrade in the Italian expat pianist (and more…) Giovanni Di Domenico. Apart from their duos (check out Iruman from 2014) they have played together in different formations, knowing each other for a long time now. Di Domenico has been quite prolific lately but here he stays solely on the piano. Sakata plays alto sax, clarinet and he sings in his native language.

The only vinyl edition from Holidays Records consists of an additional 7’’ record. All of the tracks are duos –most of them with Sakata on the alto- that follow, broadly speaking, the free jazz tradition. Holidays Records has slowly built an impressive catalogue of free music. And Life Also Same seems to keep the label’s great streak going. The two musicians play almost in unison. As a listener you are able to feel the short pauses they take so they can listen to each other. At the same time it’s easy to hear the times they, inaudibly, negotiate which way to follow next. It is like a blindfold test they always pass.

You would expect differently, but Di Domenico’s playing is totally energetic and aggressive, opening the road for Sakata’s stretched passages of melody. When Sakata is vocalizing, the piano seems like an accompaniment of his voice but again, at the same time, showing the way the vocals will follow.

Sakata’s long phrases interact with the keyboard of Di Domenico by finding non verbal ways of communicating. Di Domenico is the more stable force in this pairing, while Sakata is roaming in many directions at once. Alas. During the next track it is the other way around and the piano becomes a monster of aggression.

Forget about the fact that Sakata is a long established figure in the world of jazz improvisation. This is an amazing album and his duos with Giovanni Di Domenico are the top of the game for the current free jazz scene.

His new album with Jim O'Rourke and Tatsuhisa Yamamoto is also terrific.