British saxophonist John Butcher is no stranger to Berlin. Linked to the Echtzeit scene that emerged during the heady days of post re-unification Germany in the abundant derelict spaces that served as breeding grounds for creativity, Butcher, on the occasion of this 65th birthday, held a short residency in November 2019 at one of the original and still existent Echtzeit venues, the experimental music hub Ausland, located in the now tamed and expensive Prenzlauer Berg. Presented as a set of 5 LPs, the music captures both new and old music acquaintances, the music and information within showcases Butcher's continuing ability to push listeners and musicians alike in new directions. On the albums, he collaborates in combinations with Sophie Agnel, Gino Robair, Thomas Lehn, Marta Zapparoli, Liz Allbee, Ignaz Schick, Magda Mayas, Tony Buck, Werner Dafeldecker and Burkhard Beins. The LPs in the the collection contain liner notes from Stuart Broomer, photos by Cristina Marx, and gatefold sleeves design by Yaqin Si. 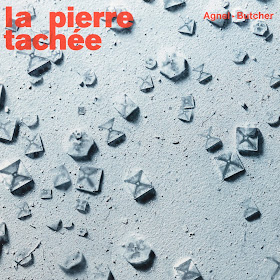 Stuart Broomer's generous and excellent liner notes are essential in placing the music on these albums into meaningful historical context, and the quote that he chooses to begin with is key to framing the whole event. According to Butcher:

"Ausland was unique in my own experience. I was working with four different groups in two nights and had chosen the musicians to form specific units with unique identities and possibilities. I didn’t want it to be a Company-type event (which, by the way, I also love) where the grouping is more ad-hoc and the accumulative results more evolutionary. I was interested in the potential distinctiveness of each set, given that I was the constant factor, but without major aesthetic leaps and without me having to pretend to be a chameleon.”

So the set of changing constellations begins with Butcher and French pianist Sophie Agnel.  It begins with Agnel approaching the piano in a percussive manner, a scraping and striking of the piano's strings, while Butcher plays legato tones, before he interrupts with a splutter of sounds. The track, 'chemin creux' then evolves into series of woodwind multiphonics over austere, prepared tones from the piano. The music builds at a measured pace: a quickening of textured tones from Agnel, a thickening of tonal textures from Butcher. The sounds connect, they resist as much as they exist co-exist in the shared musical space, introducing tension and drama as the music continues. It sounds like a dance, a fight, resolution, and finally agreement. A highlight of the set is in the opening minutes of 'shrieks in cups of gold,' in which both Agnel and Butcher reach a fevered pitch and then wander for a tense span of time exploring small sounds, before launching into a second intense passage. The ending track 'sillonner' wraps up the recording on a high note with a rich summary of the intensity and space throughout the album. 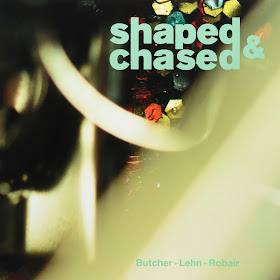 The next recording seems to following Butcher's stated plans "to form specific units with unique identities". The sounds from saxophone undoubtable belongs to Butcher - the tones waver, flutter with the air, chirp with confidence, and at times explode into strong melodic statements. However, the setting has greatly changed with the work of Butcher's long time associates analog synthesizer player Thomas Lehn and percussionist Gino Robair.
The opening track, 'dorrying,' finds the trio quickly diving deep into a collective soundscape. Butcher sets the energy bar high in the opening minutes, which the other two respond to in kind, leading to an avalanche of sounds that quickly collapse into a long, tension filled exchange. The next track, 'tempren,' takes a different approach, with episodic build-ups of electronic tones, buzzing saxophone, and cascading percussion.  On the last track, Lehn's analog synthesizer (or is it Robair's Blippo box? - a fascinating custom machine that Broomer tantalizingly describes as being constructed based on chaos theory) shadows Butcher. When the plops of liquid sound appear, the synthesizer is much more likely the culprit. As the three come together, the atmosphere becomes spacey and rich with possibility. The track 'halouen' is almost straight-ahead jazz, sort of. Butcher plays rather melodic-free and aggressively spars with Lehn's otherworldly sounds. Finally, 'swough' fills with a fluid momentum, carried by mallet heavy percussion and unrelenting drips and splatters of electronic tonic. 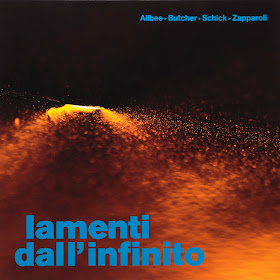 Here is a true Echtzeit collaboration: trumpeter Liz Allbee, electronics/turntablist Ignaz Schick, and tapes and electronics artist Marta Zapparoli, all long time contributors to the Berlin scene. They are also the largest of the groups in this set, a quartet, or a double duo of acoustic horns and assorted electronic. The opening track 'Sea of Distortions' begins slowly, a drone of sorts, as the group begins filling the room with a stream of sound. At first, one may be wondering where Butcher is, between the whoosh and chatter of electronics and Allbee's unusual tones, but then you hear him, rapid blips leading to overblown legato notes. The momentum of the track builds, carried by Bucher at times, and the static nervousness of the electronics at other times. The opening track is a full album side, but by the half-way mark, you will likely be drawn into the unseeming sound world, losing track of time and place. Side B is split into a short 'Dialogues in a Shell', a piece just shy of four minutes, starting with a bricolage of samples that eventual yield to narrow drone. 'Molecular Memories,' at 17 minutes, begins with what may suggest a dentist's drill sounding out over a thumb piano. Electronics? Acoustic horns? They're in there, mixing together into unexpected combinations. Possibly the most in-accessible of the albums, but like most challenging things, it may be the one whose affects grow the most, the more you listen. 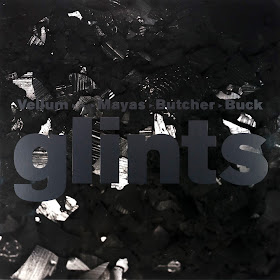 Maybe this is the entry point for anyone still uninitiated in the sonic complexities of John Butcher's music. Not to suggest that the music on glints is in anyway easier to digest than on the other ones in this set, but there is something graspable in interactions of the three acoustic instruments in this long standing trio. Pianist Madga Mayas and percussionist Tony Buck, long time Berlin residents and  Butcher collaborators, surround the saxophonist with prepared piano and striking percussive textures, providing both a comfortable and stimulating environment.
Side A opens with a bang on the gong and high-end-of-perception squeaks from Butcher. There is a following clatter of percussion (maybe one of the those nets with shells attached?) and individually plucked notes from inside the piano. The flutters, the clacking, the plucking collectively lead the listener into a dense forest of sound, beautiful and strange, with possible danger lurking behind every turn. Going further, more formal sounds manifest like the truncated tinkle of prepared piano, brief smears of notes from the saxophone, and a roll from the drums. In Vellum's soundworld, it is hard not to be enrapt with the intricate and unexpected beauty in all the overlapping musical foliage. The group reaches an apex of intensity about 12 minutes into the slowly layering piece, which then mutates through a quiet percussion-led chrysalis to a cascade of notes from Mayas and Butchers, playing contours rather than scales, while Buck delivers some incisive drumming. Side B begins with the prepared piano attack that closes out Side A. The group then takes a spiritual detour, Butcher engaging in Evan Parker like circular breathing over an intense pulse from Buck. All this in 3 quick minutes, then it is over, as the group goes deeply introspective, slowly building back to a frenetic passage dominated by single note runs from the piano. The groups continues through this world, long winding passages through the forest leading to dramatic features and finally a serene clearing. 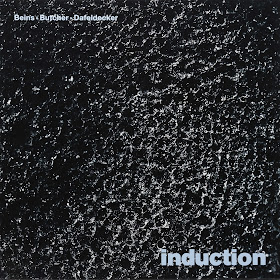 This final set takes us out of Ausland. Side A was recorded at the experimental music room KM28 across the famous divide and into the former western neighborhood of Kreuzberg, and Side B was recorded a bit farther away at the KulTurnhalle in the city of Leipzig. The trio, percussionist Burkhard Beins, bassist Werner Dafeldecker and Butcher have worked together before for a while, most notably in the group Polwechsel. On 'induction' the music toggles between minimal to maximal, with all sorts of interactions between. Towards the end of the first track, 'circulation,' there is a tremendous amount of percussion and rumbling bass, while Bucher fires on all cylinders, playing notes far beyond the typical range of the saxophone. Prior to these final moments of the track, there is a long accumulation of intrumental ideas and approaches. Side 2 begins with 'Connection', starting with sounds drawn from the drums, then the sax, and finally the bass in succession. They then build to a ringing drone interrupted by eruptive sounds from Butcher and Dafeldecker. The music is tense, even somewhat aggressive. The following up 'conversion' is a short interlude that opens up the space a bit, leading to 'confluence', which is a denser piece that in a sense straddles the darkness of the first one with the chain interactions of the second. The piece is an impressionistic sound collage, with many colorful tones mixing into unexpected combinations.
Taken as a whole, these five albums represent a new artistic high-point for the ever productive and creative Butcher. All of the recordings offer something different, though to reference the earlier quote, Butcher's playing is consistent, and consistently excellent. While it is true that he is no 'chameleon', it is also noteworthy that he also is not a one-trick pony. The variety of the musical collaborations and the variability in each performance - each piece - is rich. The live experience, in the small subterranean Ausland, must have contributed significantly to the experience, but on its own, the music itself is evocative and demands close listening. Luckily, we can do just that.
All albums are available on the NI VU NI CONNU Bandcamp site, in both digital and LP format.
Paul on Saturday, May 14, 2022
Share

Spent a fortune to acquire the Butcher, Lehn & Robair trio Shaped & Chased on vinyl. No regrets. Blurpy & magnificent. Wish I could afford them all, but I chose my fave. The packaging and sonics are outstanding.