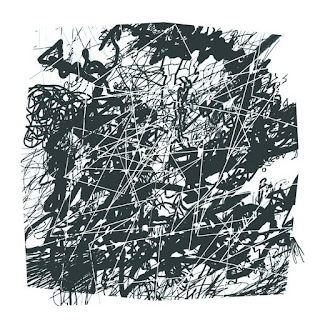 Lee and Song have been frequent collaborators since the saxophonist moved to South Korea in 2014. A move that - after the success of Entropy in 2019 - culminated in a particularly productive 2020, seeing the releases of Pulse Theory with pianist Eunyoung Kim and drummer Dayeon Seok, the solo Channel, and the beginning of Lee’s Mung Music label, which documents the breadths of the free jazz scene in Seoul. While Lee largely adheres to melodicism in music, the label’s inclusivity of more abstract forms can be heard in cellist Ji Park and vocalist Pyo Jinho’s Black Cosmos, also from 2021.

The compositions, coming from each musician, generally follow a head structure. The pace is typically relaxed but subject to abrupt yet unharsh tempo shifts in the changes. Communication is oblique and, while sometimes serving as counterpoint, the drums mostly keep time. There’s a bright but restrained energy, like a spring in the step rather than a freakout. However, there are more modern sensibilities, like the circular wall of sound on “용기” or the whinnies and squeals of “Dance of Dawn”’s cries and, while the drums are most often metronomic, they are certainly not beholden to time, momentarily slurring into more textural phrasings. Not to mention that the melodies, like that of the anthemic title track, can be earworms. Perhaps not adventurous enough for many readers here but, at just over half an over across six tracks, the pacing helps keep ears fresh. If not for the at-the-time uncommercial so unheard of sax/drums format, the sensibilities here have the mood of early to mid ‘60s inside-outside Blue Note records, modest extensions of hard bop stylings with more personal expressions. I’ve used a lot of buts, yets, and binaries in describing this music and perhaps it’s that tension, which tends to tip towards a recognizable resolution, that made this such a comforting listen.

Claustrophobia is a digital-only release.