Day 2 of Nick's round up of Bill Nace's recent releases. See day 1 here. 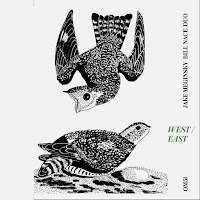 This release finds Nace recording with his good pal Jake Meginsky on a download-only issue distributed digitally by Café Oto. The prolific composer, producer, filmmaker, lecturer, and percussionist is the protégé of the great Milford Graves who Meginsky documents in the film Full Mantis which is currently available for streaming via Amazon Prime (though if you can catch a showing in a theater you should do that instead). Meginsky’s own inventive music was dubbed ‘digital concrète’ by Art in America magazine, and that description, as suitable as any other I suppose, has lodged itself into my mind even though per usual it’s more complicated than that. Nace’s label Open Mouth has issued a trio of recordings from Meginsky (also available digitally via Café Oto), which come highly recommended by this reviewer along with his renowned cut on NNA Tapes a few years back “Seven Psychotropic Sinewave Palindromes”. As an aside, I recently came across this clip on Youtube featuring the duo of Meginsky with blog favorite Paul Flaherty laying out a seriously tasty and cerebral concoction (sorry for the tangent, where was I again?). In addition to his work with Nace and Flaherty he’s also thrown down with Joe McPhee, William Parker, Daniel Carter, Kim Gordon, Greg Kelley, Alvin Lucier, Bhob Rainey, and John Truscinski to name several.

The first piece "West" begins with Meginsky's sine waves. The frequency differentials spark overtones and the waves warble against each other. Nace joins in, chuffing his strings to provide a steady bed of sonic density over which the interferences wash and decay. The piece soon grows more sparse, invoking swells of sound that harken back to Pierre Henry or Roland Kayn. The track progresses into a high pitched electronic whine and heady, staccato guitar tones fragmented via heavy vibrato. The second piece "East" starts with a bassy two note thrum evoking dread, atop which Nace lays a hovering veil of sound. High pitched frequencies flitter in like ghosts imbued with seasickness inducing undulations and evoking thoughts of dead marshes and moon washed moors. It kind of reminds me somewhat of Nace's work with Samara Lubelski, but with an electro-acoustic-indebted sentiment and more obvious movement. The piece gets downright spooky sounding but is never boring to listen to. 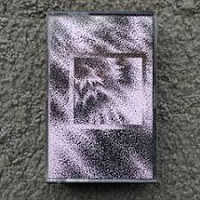 Bassist Brandon Lopez also had a colossal year, releasing great albums with the likes of Dave Rempis, Colin Fisher, Marc Edwards, Ryan Packard, Daniel Carter, Guillermo Gregorio, Steve Baczkowski, Chris Corsano, and with Virginia Genta and David Vanzan in the Jooklo Trio (stay tuned). His refined touch coupled with his visceral power have made him an in-demand collaborator for some of the scenes most prominent players, as well as an enduring fan favorite. This decidedly lo-fi affair was brought to us courtesy of Troglosound, the Italian label of the aforementioned Jooklos, on recycled (i.e. reused) cassette tapes in a limited run (don’t kill the messenger). The performance was recorded in Philadelphia, PA on May 20th in 2018 with Nace on electric guitar and Lopez on double bass. The duo fill two sides at ~30 minutes a piece, which gives them plenty of room to spread     out and experiment, which they gladly do. I've particularly liked Lopez in small groups and solo where his subtleties aren't lost in the mix, and I was throttled by his 2018 solo album " quoniam facta sum vilis ". So I was especially excited to see this collaboration with another of my favorite musicians materialize.

Across the first third or so of the A-side the duo build up a dense, murky drone of bowed strings, weaving pitches and harmonics into something more than the sum of their parts. Not static in the least the piece is constantly shifting under the scrutiny of the duo, whose minute-to-minute adjustments, pokes, and prods keep the eerie behemoth aloft and rippling through the dynamism of their effort. The next piece squeals and howls with feedback and the groan of Lopez’s arco. The shift in dynamics is sudden, analogous to having scalding water thrown on after a long soak in an ice bath. The hot pokers quickly retreat, leaving a residue of static and thrum, hiss and metallic scrape. The third piece inflates with crackling guitar and a whine of bowed double bass, progressing into an exercise in sustained texture, chime, and reverberation.

Side B unfurls in another wide, long-stretching drone of warbling guitar and growling bass. Like on the opener the shifting sound field is constantly but minimally nudged by the duo into a multi-timbred brume-like aggregate that’s thicker than you’d think a duo could manage. The second piece draws a pointillistic contrast with its shrieking Takayanagi style feedback and Lopez’s gritty bass chuffing and wails of glissando. On the third section Lopez lays an arco foundation on which Nace’s guitar squeals and grouses. The guitar is thick with interference, humming and crackling before going chime-like again while Lopez’s alternating multi-phonics of heavy bow work give the piece an ambiance of trepidation. The final piece starts with prickly string tapping, evolving into whine and static before transitioning into a final veil of attentive and hazy drone. 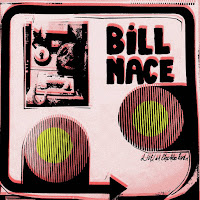 This tidy quarter-hour release was recorded in January of 2017 at Electric EYE Records in Florence, Ma and consists of a layered, slowly evolving solo performance, heavy on bow work and disorienting pitch shift effects. It's a good example of the kind of diversity that Mr. Nace is capable of in his art. The looping soundscape is difficult to put into words other than to say that as the track moves along there are consistencies and asides. The main theme worms along and is peppered with haunted sounds of difficult-to-discern origins. They're obviously guitar-based (I think), but could be easily mistaken for synthesizers or similar, and built up in a very cinematic manner. A comparison that comes to mind is Aaron Dilloway, with whom Nace has collaborated, but again this is more guitar-centric. It's a fantastic piece of headspace music, and again shows yet another facet of Bill Nace's possibilities.

I had a conflict (I can't even remember what now) that kept me from attending Cropped Out in 2018. And after listening to this excerpt and reading TMTs description of the happening I continue to regret not dropping whatever inane, shitty thing I ended up doing and driving the 2 short hours to attend. I hope that the full recording sees the light of day at some point, though I know it won't replicate being there in the moment, on the river, beer in hand, soaking it all in. That's the way it goes sometimes. God. Damn. It. If you haven't seen this already, and you're a fan of either of these guys, have a look and a listen, it's good stuff.